How to get to Hogwarts from St.-Petersburg

or how small steps change the world

As a member of cycling advocacy organization I’ve been fighting for bike lanes for years. And when in summer 2017 the city finally started building them it was a delight! But soon we all understood that having bike lanes is not enough - it was important to have good ones.

There were many problems with the newly built lanes. One of the lanes was just ridiculous - it led straight into the wall. The only way around was to get off the bike and carry it about 20 steps up the steep staircase, then down again - to the spot where the bike lane kept going. There were many jokes about it: people made memes in social media and photoshopped portals on the wall. At some point I understood it was time to stop laughing and start acting!

This is how Platform 9 ¾ appeared in Saint-P. A can of paint, a 5$ stencil, a couple of friends, a bottle of wine and a Gryffindor scarf - that’s what it took.

The next morning I was giving out interviews to all the city media. The platform was all over the news - together with articles on the importance of proper cycling infrastructure.

You can still find the Platform sign on Sverdlovskaya embankment and send me your selfie! 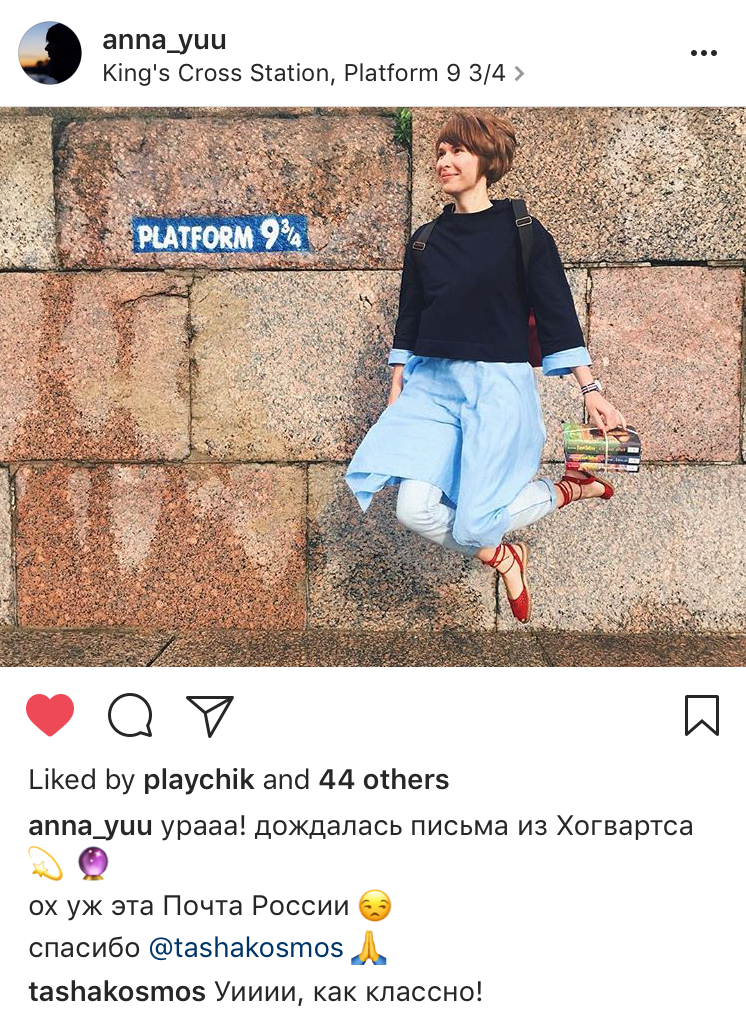 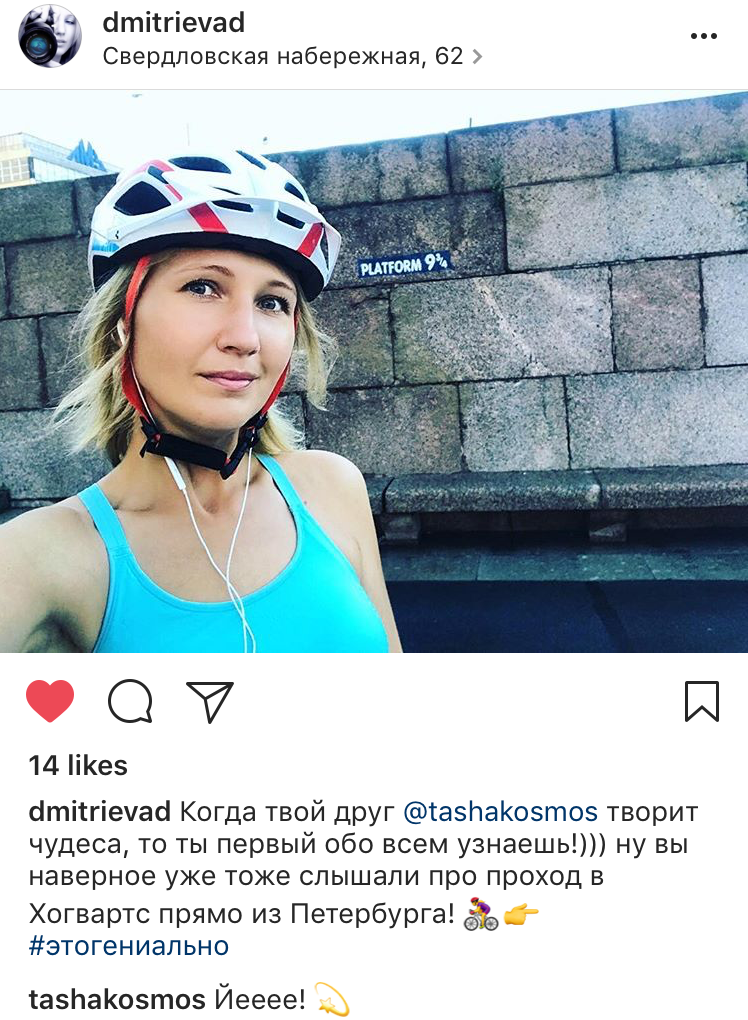 Sorry to say that the lane is also still there - unchanged. I was not hoping to change it immediately - it always takes time to make the city officials improve something. I know that to draw attention to the problem is the first step to improvements - and this goal was achieved. I could not draw a bike lane myself - but I drew a simple sign, which makes people smile on their problems. Look how easy it is to bring some magic into our world!